This post a long overdue… only if you were following my tweets, would you have known. I placed the order for my iPhone (16GB Black model) on the Monday after the crazy Friday they went on sale. I obviously, had to do the direct fulfillment at the ATT store in Strongsville (near work) since they were sold out by Monday. 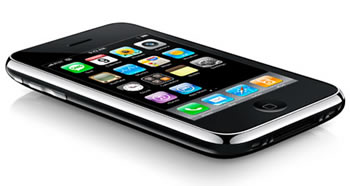 The phone arrived to the ATT store on July 25th, but I was on a plane to Texas when it was delivered. So I had to wait until Tuesday the 29th in the evening to pick it up. First impressions (like so many others)…. WOW, Apple does a great job with first impressions of the device (from opening the box to the installed apps/etc, web access, emails, etc).

I have been using the iPhone 3G now for about two weeks, and it (and it’s data plan) have changed the way I use my cell phone. I definitely appreciate having internet and gps just about anywhere… especially when I have that 15-30mins of downtime while the boys are at an activity or wrapping up something. I enjoy being able to tweet, read blogs with Google Reader, and get a quick update of my emails while out and about. I imagine (tho haven’t needed yet) the GPS could be handy especially with google maps to find where I am in a different city (and locations for food/products).

List of apps that I have installed so far:

I also have a link on the apps page(s) to take me to the Yahoo! Olympics pages to the Medal count and latest news from the 2008 Beijing Games. So that I can keep up with the Olympics.

So all in all, it is a great device and offers me a number of features/functionality that make me more productive in those “in-between” moments and also a little more connected. The reception/missed calls issue is really the only significant issue and I am hopeful that it can be resolved with placement of the case, or very low ringer. I am hopeful that Apple will consider implementing more bluetooth functionality, as well as the ability to have *some* apps at least run in the background so that you can multitask more on the device. Otherwise, I am very happy with my new iPhone.